The Hill Cumorah has played a significant role in the history of the Church since at least 1823. Well, since at least about 385 AD, when Mormon "hid up in the hill Cumorah all the records which had been entrusted to me by the hand of the Lord, save it were these few plates which I gave unto my son Moroni" (Mormon 6:6).

The Church purchased the Hill Cumorah in 1928. A wonderful article titled "Reclaiming Cumorah" is available on lds.org, here: https://history.lds.org/article/historic-sites-palmyra-reclaiming-hill-cumorah?lang=eng

To commemorate the purchase, on April 6, 1928, President Anthony W. Ivins of the First Presidency spoke in General Conference about the Hill Cumorah in New York: 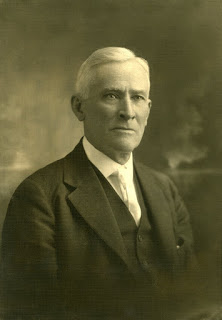 “Without doubt, these treasures lie concealed today, some of them, at least, to be brought forth in the not-distant future. How soon this will be we do not know, but this is certain, we are more than a century nearer that time than we were at the time when Joseph Smith took from their resting place, in the hill Cumorah, the plates from which he translated the contents of the Book of Mormon.

“All of these incidents to which I have referred, my brethren and sisters, are very closely associated with this particular spot in the state of New York. Therefore I feel, as I said in the beginning of my remarks, that the acquisition of that spot of ground is more than an incident in the history of the Church; it is an epoch—an epoch which in my opinion is fraught with that which may become of greater interest to the Latter-day Saints than that which has already occurred. We know that all of these records, all the sacred records of the Nephite people, were deposited by Mormon in that hill. That incident alone is sufficient to make it the sacred and hallowed spot that it is to us.”
Posted by jonathan3d at 7:55 AM

For years, LDS scholars and educators have claimed there was only one set of plates and Two Cumorahs (the "real" Cumorah being in Southern Mexico). This is the Mesoamerican/two-Cumorahs theory (M2C).
They know their theory contradicts the teachings of the prophets, but they justify this conclusion because of anonymous articles in the 1842 Times and Seasons that they attribute to Joseph Smith.
Nevertheless, many faithful Latter-day Saints still believe what the prophets said: that there is One Cumorah (in New York).
They also believe there were two sets of plates.

jonathan3d
I blog about LDS topics from a faithful perspective, although I disagree with much of what LDS intellectuals teach. I also blog about science, art, economics, legal and environmental issues. I've lived in Europe, Asia, Africa, and North America and I've visited every continent and over 65 countries for work and fun. I've had over 50 books published.